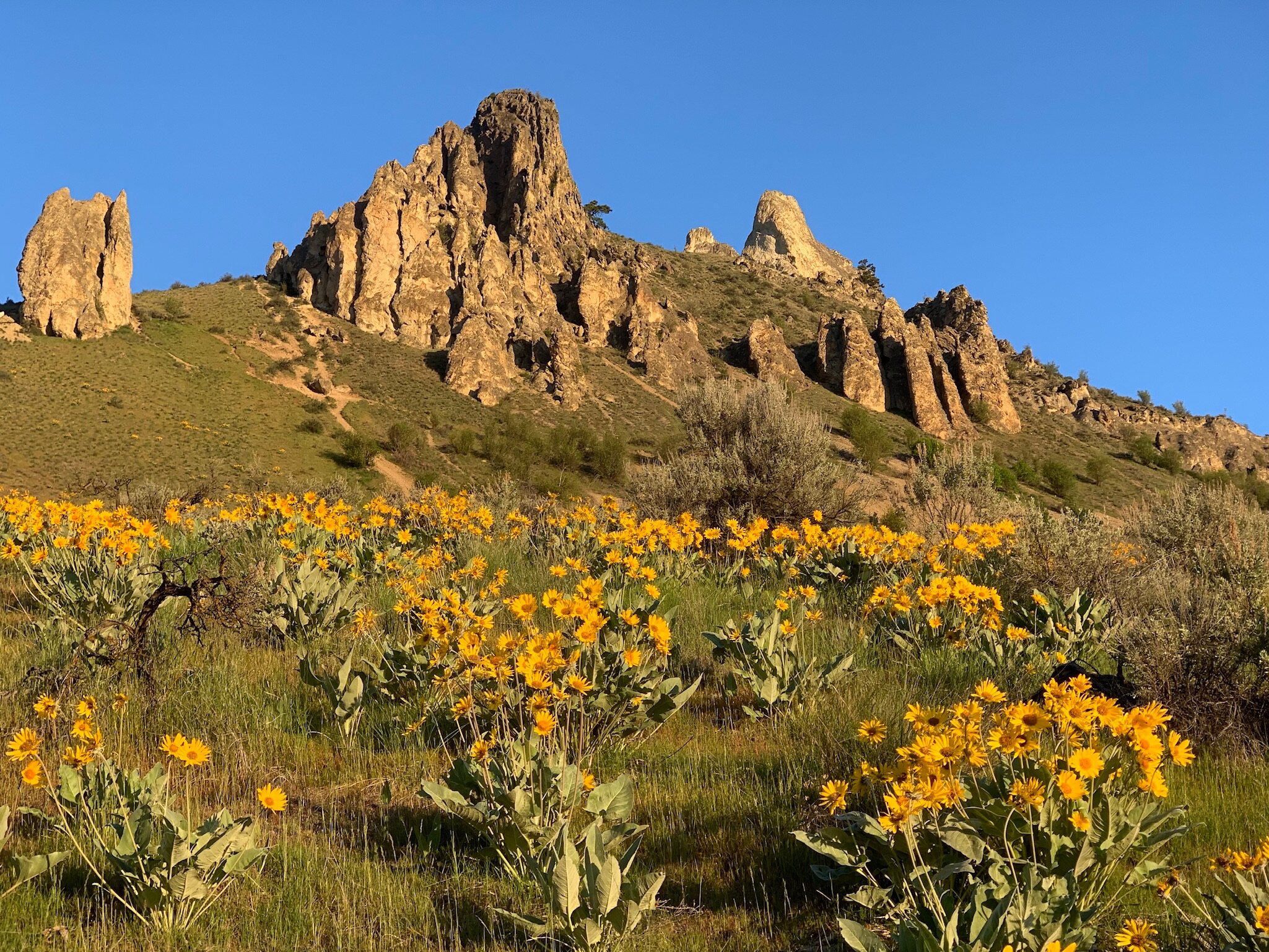 Have you ever been on a trail and come up to a tree crossing the path, or a washed-out bridge, or an overflowing trash can in a municipal park, and thought, ‘I wish I had known about this before I started my hike?’ ”

Well, now there’s an app for that.

A Wenatchee Valley-based nonprofit organization has developed a free smartphone app for recreational trail users, available for Android and IOS, which features the most accurate information on all forms of recreational trails in use in central Washington.

TREAD Map is a one-stop, comprehensive, recreation mapping app for all trail users, for all seasons.

The app launched Aug. 1, and in a short amount of time director Mat Lyons has been inundated by other regions and municipalities to expand to their area.

It’s kind of amazing that no one has tried to do something like this before.

“Yeah, that’s what I’m running into whenever I try to describe this to people,” Lyons said. “Whether they were looking for funding or support or whatever it is. When you get to the nitty gritty of it, that’s what I hear is, ‘This is great. There’s nobody doing this. Why hasn’t somebody done this?’

“It also answers the question of, ‘Why do you need to do this app when there’s already outdoor apps out there?’ ”

A couple of years ago, Wenatchee did a project through a group called “Our Valley, Our Future,” surveying over 3,000 community members on what would it take to make a better community. They came up with nine game changers.

“Some of that was around housing or health or whatever,” Lyons said. “But one of the nine game changers was a regional trails authority – someone that could organize outdoor rec for our region because up until this point no one ever had.”

Lyons said he and some others in the community had been discussing some sort of trail management program since 2014, but when the survey came out, a light bulb went off in his head.

Lyons and several others approached the Wenatchee Chamber of Commerce, which became their fiscal sponsor to start and helped to procure 501©3 status.

Soon after, Lyons went to meet with the Methow Valley Trails Alliance on fact-finding mission, and that’s where he met Marc Rothmeyer, who was presenting to the alliance on a green dot mapping project.

“I noticed in that meeting, he wasn’t getting a lot of great feedback. So I pulled him aside after the meeting and said, ‘Hey, Mark, I think we’re ready for this now in Wenatchee and Chelan and Leavenworth. Come down to North Central Washington with this idea. Let’s see if we can make this happen.’ ”

Rothmeyer’s idea matched the vision of the TREAD project, only through a digital platform.

“I said, ‘Hey, if they’re not ready, I think we are, let’s start with us. And then they can come on board when they’re ready.’ ”

Lyons said they are talking with the Methow Valley folks about launching there now.

He has participated on a project closer to Spokane, mapping the Kettle Range in Northeast Washington.

He accesses most of the base maps from public domain. His programmers work with land managers to get specific information about trails or parks. It’s user-driven, so land managers and users can update the trail conditions in real time.

“That’s the beautiful part about this app, and TREAD for that matter – it’s for all things outdoor rec,” Lyons said. “We define it as a trail if it’s water, dirt, pavement, snow – if you can play on it, it’s a trail. And then we don’t care if your motorized, nonmotorized, on a horse, out with your dog, swimming, paddling, whatever.

“So they’re informing this from the front end – what’s open, what’s closed, what’s allowed in use – all that stuff.”

Lyons said the app is user-friendly and allows users to rate trails for difficulty.

“You can literally go in and click a button and turn a trail on or off because of a fire, or maybe it’s a trail that shouldn’t be there,” he said.

Since it’s still a new app, Rothmeyer and the data managers and programmers – a team of 10 on the back end – are making constant adjustments and fixing bugs, but most of the data is coming from the field.

“Because it’s user-informed, and it’s also land manager-informed, the more people use it, the better it becomes,” Lyons said.

The goal is for the app to be seamless between communities, so that when you cross from one region to another the only thing that changes is the ads users would see from local businesses.

And that aspect of it is unique to TREAD. The company only takes advertising from businesses in the community that support the outdoors and outdoors recreation.

“We purposely designed this to be cyclical around tourism dollars,” Lyons said.

In order to be an advertiser on the app, you have to have a “trail story,” according to Lyons.

“When you’re a tourist and you come to Leavenworth to recreate, our app will know when you get back to your car, and a little ad will pop up that says, ‘Hey, would you like to spend your tourism dollar at a local business that supports the trails you just played on?’ ”

The app will have a list of the local businesses and how they support local trails, with a link to their website or menu – complete with driving directions.

The goal is to get users to make purchases at companies that channel money back into maintaining the trails or other recreation sites.

The U.S. Forest Service in the region has six people using the service, among the nearly 30 land managers participating.

“The land managers love it, because now their staff isn’t as taxed,” Lyons said. “They also are aware of issues right away from the first person that comes across it.”

Chambers of commerce like the app because it can help them figure out the number of people coming into their towns to recreate and where to concentrate promotional budgets.

The app also tracks trail usage numbers, so land managers can tell in real time which trailheads are most popular, or where they may need infrastructure improvement.

Lyons said the governor’s office has taken an interest in the project.

“They see this as a big boost to some rural communities that could use some economic impact to tourism. You know, places that used to be maybe a logging community or something else that now need an extra boost, so we can make this thing go statewide.

“That’d be the ultimate goal, but we’ll see.”

Lyons’ concern is maintaining the Wenatchee Valley aspect of the app. It’s up to communities to reach out to the company to develop the maps in that region.

“With TREAD, my goal is to maintain our region. But the app’s goal is to continue in its business plan of going statewide,” he said. “There’s two different entities here. It takes a community to say ‘Hey, we’d like to know how to get this here.’ ”

At that point, the developers will take the technology to the new community and raise funds and support the future development of the app for that region.

“Someone from the Forest Service was talking to somebody in Colorado and I was told the other day, like, ‘Get ready for a phone call from Colorado,’ ” Lyons said.

10 Types of Parkers: A TREAD Map PSA from Cascade Loop